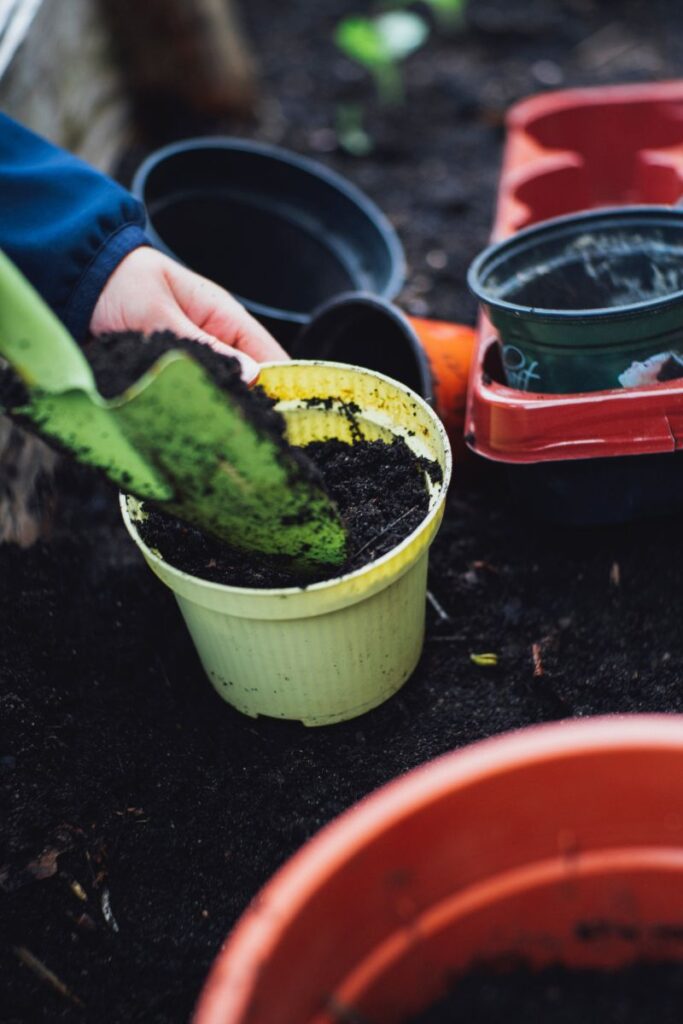 How to Make Potting Soil For Indoor Plants

By using these five soil recipes, potting mediums can be easily mixed at home for both container gardens and houseplants. You will know How to Make Potting Soil For Indoor Plants and be ready for anything!

Whether it’s used for outdoor containers or indoor houseplants, a soil mix that both drains well yet retains moisture is the primary goal of good potting soil.

The five varied recipes below are each lighter or more substantial than the other. The indoor gardener should experiment with a couple to determine which type is preferred. This soil mix recipe collection works well for outdoor as well as indoor plants.

There are many different recipes for making your potting soil. One thing to consider when looking at How to Make Potting Soil For Indoor Plants is the fact that the majority of indoor plants prefer their soils slightly into the acidic range on the pH scale. The potting mixes below will create general soil that reflect this preference, falling at about 6.5 – 7.0.

Worm castings are a valuable addition to any potting soil, or soil-less potting mix is a tremendous advantage for houseplants. Vermicompost may be the single best extra additive because of its high nutritional value. Leaf mold is another excellent soil stabilizer to consider adding to potting soils.

Why Not Peat Moss?

Peat has been one of the favorite soil additives for many years. Peat Moss capable of absorbing 10-20 times its weight in water. Along with beneficial bacteria, it contains a natural fungicide that is a barrier to several troubling fungi, including damping-off, which is the bane of a seed starter’s existence. For this reason, using peat in particular seeds-starting soil is optimal.

One of the favorite places for gardeners to use it in is potting soil. It’s a natural product that’s harvested from ancient cold-climate peat bogs in Canada, Europe, and parts of the United States. Unfortunately, these bogs are being destroyed with all the harvesting or mining of the peat. This causes permanent and destructive changes in the eco-system, including the loss of habitat for creatures whose lives depend on these peat bogs.

The use of peat (at least to excess) is no longer considered an environmentally sound practice. It’s treated as a non-renewable resource because although it is technically renewable, peat moss takes about 1,000 years for a bog to grow 1 yard of peat. This makes it un-renewable in a lifetime or even a grandchild’s lifetime.

There are a couple of effective alternatives to using peat in our potting mixes.

(pronounced koy-er) is the hairy outside layer of husk that surrounds the coconut shell. You may have heard of it referred to as “coco-peat” or “coir-peat.” What makes this product environmentally friendly is that it’s merely a by-product of the coconuts that are grown for their meat. Coconut husks that would be otherwise disposed of as waste are repurposed.

Coir comes in blocks that expend like crazy when soaked. Coir can be used as a planting medium, but it needs to be blended with a nutritional component such as compost. There’s not much nutritional value in coir by itself. A slow-release fertilizer may also be added to the soil mix. Coir retains moisture exceptionally well and is more eco-friendly than it’s peat counterpart. It’s shipped dehydrated, making it lightweight.

Rice hulls are a good alternative to peat as they lighten the soil, absorb water well, and offer excellent drainage. Before rice grains are converted (parboiled) or polished, they are dried and then hulled. Hulls that would otherwise be tossed out can be used as a soil-less medium, just like coir or peat. They’re very thin and nearly weightless.

They can be added in potting mixes, but even on their own, they have merit as a soil amendment by both aerating and retaining water. Rice hulls are an excellent alternative to peat as it’s much cheaper (not to mention easier) to gather rice hulls as opposed to harvesting peat moss.

Other posts you may enjoy: