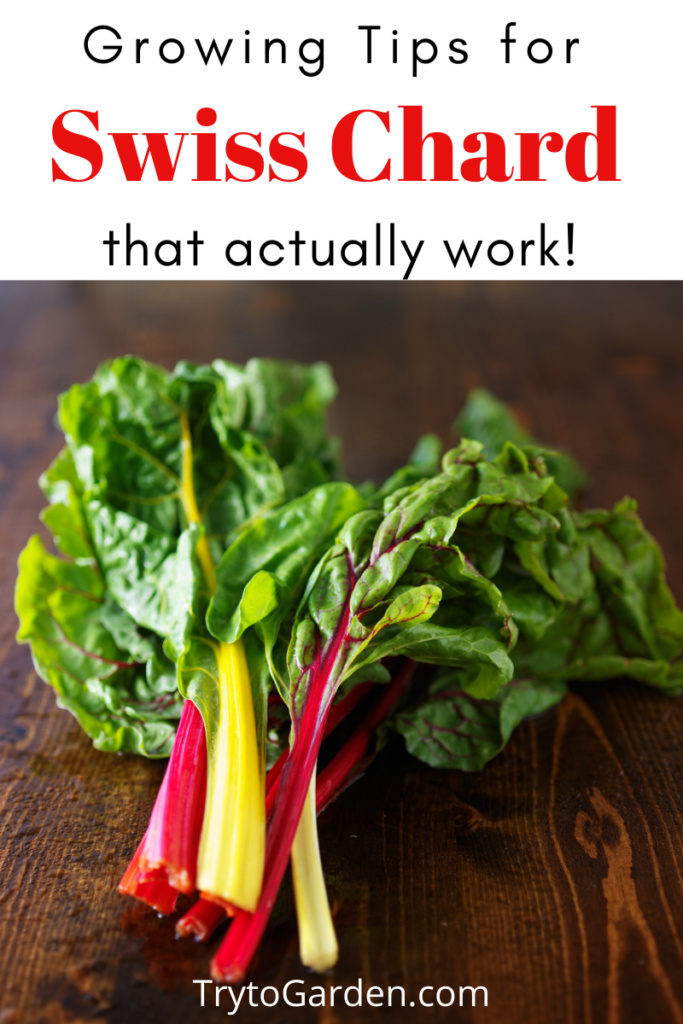 It crops for many months, and its stunning looks mean it doesn’t look out of place in the ornamental border. The glowing stem colors look glorious as the sun sets on an autumn border.

Easily grown from seed, Swiss chard can be used in pies, frittatas, gratins, and stir-fries.

Talk about a nutritional powerhouse — an excellent source of vitamins K, A, and C, as well as a good source of magnesium, potassium, iron, and dietary fiber.

It is very low in calories (just 18 per every half cup of it cooked) and it is even higher in iron than kale!

Is Swiss chard a beet?

Beets (Beta vulgaris var. crassa) and Swiss chard (Beta vulgaris var. cicla) are members of the Chenopodiaceae family, so they are related. Beets are grown for their roots and leaves, while chard is referred to as the “leaf beet” or “spinach beet”. So no, as chard is harvested for the full leaves, it is not a beet – just a close cousin.

This Crop is useful because it tolerates some shade and, even more importantly, thrives in salt-laden winds, which is good news for seaside gardeners. Dig in some well-rotted garden compost and apply chicken manure pellets before sowing or planting. It prefers soil with a pH of 6.5 to 7.5, so lime acidic soils in the autumn before growing this Crop.

Sowing and Planting it

Swiss chard, which can be sown indoors or outdoors, needs a minimum temperature of 8 degrees C for germination. The seeds are like beetroot “multi-germed,” which means several seedlings emerge from one seed. In colder regions, it pays to sow early crops under cover in modules.

Make sure you check out our other Gardening Tips!

In March/April, put one seed in each compartment of a modular seed tray and, following seedling emergence, thin to the strongest one in each clump. Harden off the plants before they go in the kitchen garden in May.

Direct sowing can take place in late April, May, and June. Sow clusters of three seeds in small holes 2cm deep in drills with each seed 25cm apart in the row and 40cm between the rows and eventually thin to one plant at each station.

What is the best growing temperature?

It’s hardy to approximately 15°F, but while it does best in cool temperatures, it can tolerate heat with adequate watering

You will want to grow 2-3 plants per person planning on eating it. Swiss chard continues to produce new leaves as long as the center of the plant isn’t damaged. You can keep harvesting it, carefully.

Swiss shard can be eaten raw or cooked. Add it to everything from your salad to soup mix or pot of greens.

Swiss Chard is Easy to Care For

Mulch the soil around the young plants with well-rotted garden compost to a depth of 4cm to help retain moisture.

Cut the outside leaves at the base of the stem as soon as they are large enough and work towards the center. The more it’s cut, the more it grows.. Swiss chard won’t store for long and is best eaten fresh.

–>SAVE 50% off Through 5/22/2021 when you Check out our Try To Garden Etsy Store for fun things for the kids as well as our Garden Planner! We are adding new items weekly!

Grow it Over a Long Season

A good winter crop of Swiss chard can be produced in an unheated greenhouse or polythene tunnel. This Crop should be sown in August.

‘Swiss chard‘ is the standard variety that produces a bushy plant with glossy dark green leaves with thick white ribs.

‘Rainbow chard‘ or ‘Bright Lights‘ is a colorful mixture with stems of many hues.

Swiss chard may not be used in the kitchen in such large quantities as many more popular vegetables, but it doesn’t matter if it isn’t all harvested because this plant looks so stunning it justifies inclusion in any part of any garden.

Can Swiss Chard be eaten raw?

Yes, you can treat it like lettuce, beet tops, and kale. Chop it up and add to your salad green mix. Use the leaves like a tortilla wrap!

A little bitter, to be honest, which makes it stand out a bit and add a nice contrast to that salad mix. The flavor does change when you cook it – making it sweeter.

The leafy green leaves are tender with a bitter taste when eaten raw. Once cooked, the bitterness dissipates, turning into a mild, sweet taste similar to spinach.

While I tend to wilt it down in a pan and then add to soups and quiche recipes, it can be eaten as a side dish all on its own. Here is a great SIMPLE recipe for you: sauteed with garlic and olive oil.

Other articles you may find helpful: