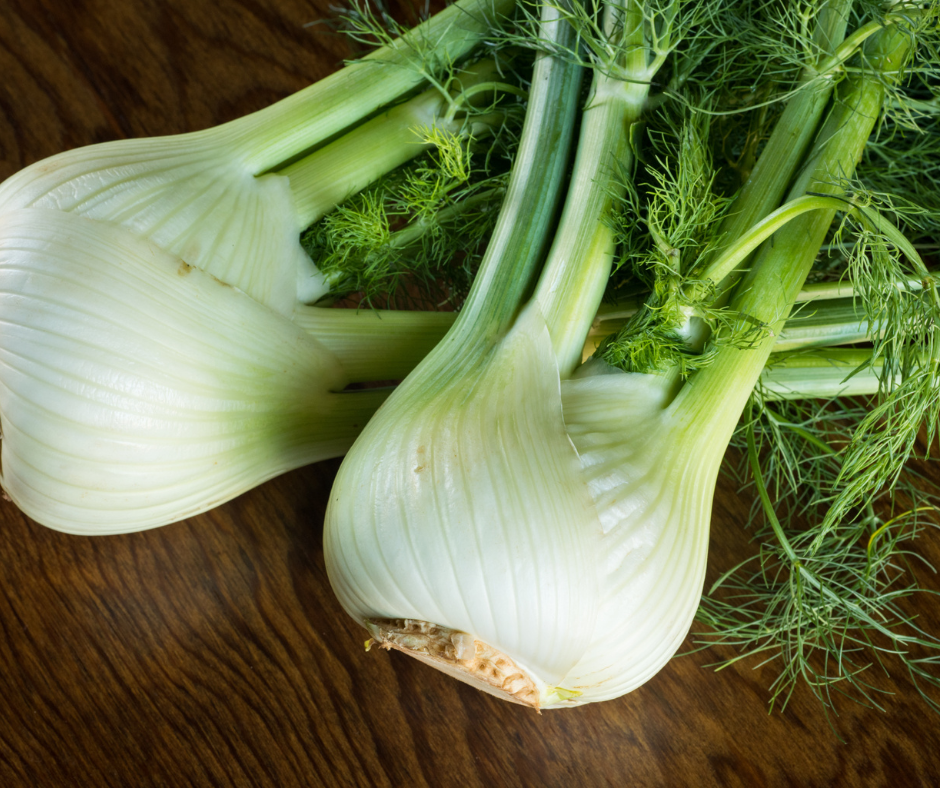 Member of the carrot family, the fennel is known for its feathery top and white bulb. The vegetable is a native of the Mediterranean and is mostly used in the preparation of Italian food.

The Fennel seeds harvested from the same species usually appear in sausages and form an integral part of Indian cuisine. Commercial farming of fennel is common in Europe, India, and China.

The main attraction of this plant is that all its parts are edible, but the bulb is the most popular. It resembles a cabbage but is much smaller and thicker than a real cabbage. The seeds are first dried and then used as whole and ground spice. Both the vegetables and the seeds have a sweet taste and are sometimes wrongly labeled as anise, but the two are different plants.

The history of the Fennel is as old as its native place, the Mediterranean Basin. It was popular among the ancient Greeks and the Egyptians and the Greeks who loved the tender shoots and the fruits, which had a beautiful aroma. The fennel was hugely popular in the Roman Empire as the young fennel shoots were cooked as vegetables, and salads were made from raw stalks.

The seeds are added during the baking of the loaves as they helped to enhance the flavor. In the 1200s, the fennel was used in England as an appetite suppressant. In the late 1700s, the medicinal value of the fennel seeds came to light. It was one of the ingredients in a medicated spirit that became a popular drink in post-WWI Europe and the US. Fennel, nowadays, is quite popular in Europe and commonly found in the spice racks in every household.

In many countries, the fennel seeds are used to treat many ailments like bad gas and menstrual cramps. The nutrients in the fennel have a wide range of health benefits like maintaining the bone strength and structure, helps in reducing blood pressure, as it is rich in calcium, magnesium, and potassium.

Recent studies have shown that fennel contains a significant amount of fiber which plays a big role in decreasing the risk of heart disease by lowering the amount of total cholesterol in the blood. The other notable benefits of fennel include improvement in the liver enzyme function, improvement in the immune response to infection, and cellular membranes’ structure.

One should sow the fennel seeds directly into the garden near the last frost date. It would help if you ideally planted the seeds at least six inches apart, and they will start to germinate in 8 to 12 days.

What is the best-growing temperature?

Fennel prefers a daytime temperature between 60 and 70 degrees. One can use a cover to protect the plants if the nights are too chilly.

The crop yield depends on various factors like the type of the soil, fertility of the soil and the variety of the seed. Still, on average, a fennel plant will give you seeds, blossoms, and bulb – so three treats in one!

One can eat every part of the fennel. The bulb and the flowers can be eaten raw, but many prefer to eat them cooked for a better taste. Many of the fennel recipes involve the bulb, although the stalks and the leaves are edible too.

Fennel prefers soil that is fertile and has a sound drainage system. But before planting the fennel seeds, you must enrich the existing soil by mixing in compost. Fennel should be planted after the last frost. The plant can tolerate light frosts but will need protection when it is at an early stage. The soil should have adequate moisture. If the top inch is dry, then you will know that the soil needs watering.

Planting fennel is tricky as it is different from other garden plants. It has a long taproot that may not like to be moved at all. So the easier option is to plant the seeds of the fennel. Soak the seeds for a day before you sow them into the soil, as this step will ensure better germination. The area must be kept moist until the seeds sprout. The plants will begin flowering after 90 days of planting.

The soil must be kept moist during the hot and dry periods of summer. Use a high potash plant food to feed the plant every three weeks. The soil around the plant must be kept free from weeds, especially during the growing period, to be sweet and white.

The fennel leaves can be harvested anytime during the growing season. The trick is to trim it regularly to become bushier, thereby leading to bigger and better harvests in the future. Many types of fennel produce bulbs that can harvest once they are healthy and big.

Fennel and its seeds and leaves can be used in various uses. The leaves are mainly used in salads, soups, and stews. The bulbs can be sliced and then used in salads and various side dishes. The fennel flowers are edible and can be used to garnish fish, tomato, and potato dishes.

If you are searching for a great vegetable side dish, you can choose to prepare the sauteed fennel with garlic as it is quick and easy to make. The dish is very flavorful, and everyone in your family would love it.

Other growing tips articles you may find helpful if you like Gardening Tips for Fennel: