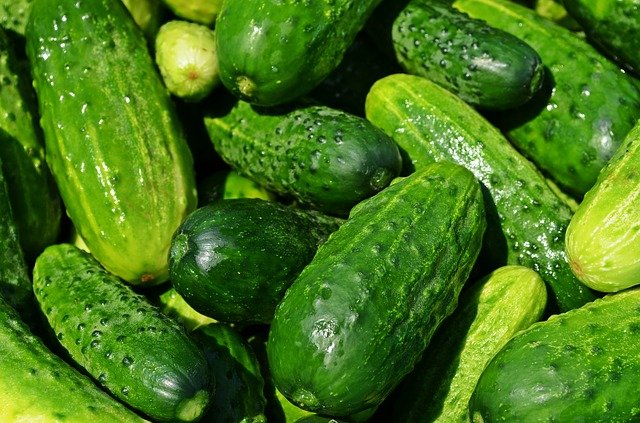 You have just brought a cucumber plant home from the grocery store and are looking for some gardening tips that will maximize your cucumber’s growth potential. Well, you’ve come to the right place! Gardening Tips For Cucumbers That Really Work is here to share with you all of our favorite tips for growing cucumbers in your garden.

One popular vegetable for many people is the cucumber. This vegetable can be eaten fresh or preserved as in a pickle. Cucumbers are crispy, crunchy, and delicious, for the most part. I know that some of you may not know this, but cucumbers like any other plant can become stressed out. When a plant is under stress, the system is overloaded, and different responses are received.

A relaxed and calm cucumber will result in great tasting, cukes. One that has been under stress will be bitter and taste unpleasant. Brings to mind that old saying, “As cool as a cucumber.” I know that I have had a crop of cukes that turned out absolutely fab and others that tasted bitter. I found out what the cause of it was and have since modified my growing habits somewhat.

The cucumber is to have started in India and was introduced to other parts of Europe by the Greeks or Romans and has been cultivated for at least 3,000 years. The cucumber is a member of the gourd family and has been developed into many varieties since then.

Cucumbers are a low-calorie food, which makes them an ideal accompaniment to many dishes. With their anti-inflammatory properties and antioxidants, they can help with disease prevention. Studies show cucumbers may also be able to reduce stress levels in your body. Good news for those of us who have to deal with in-laws during the holidays.

They germinate in 3 to 10 days

Cucumbers are a warm-season crop, very tender to frost and light freezing.

What is the best growing temperature?

Cucumbers are a warm-season crop because they’re frost sensitive, but they are also sensitive to heat. They grow and fruit best in full sun at temperatures from 55° to 85°F, with optimal growing temperature between 65° and 75°F.

Raw is best unless you cook them by pickling. To maximize their nutrient content, cucumbers should be eaten unpeeled. Peeling them reduces the amount of fiber, as well as certain vitamins and minerals

Always plant cucumbers in soil that has been mixed with organic matter. This not only adds essential nutrients and vitamins to the earth but provides the plant nutrients as well. PH levels should be between 6.0 and 7.0. Cucumber plants grow best in raised garden beds.

Can you grow cucumbers from a cucumber? This is a tricky question. Most store-bought cukes are from GMO seeds instead of heirloom seeds. The process of genetically modifying the seeds usually kills the ability to harvest seeds of that fruit and use it to plant in the following season’s garden. That is a huge reason to go with heirloom seeds if you ask me. If by modifying it, they screw up the basic fundamentals of nature? I don’t want to feed that to my family.

Try to grow your cucumbers in a sunny area, yet also cool. Hot temperatures produce an abundance of male flowers. Try to keep this in mind before you plant your crop. Plant them in an area in which the sun is the furthest away from them in the afternoon and partly shaded by taller plants. You could also use a tarp or covering to shield them from the heat of the sun.

Plant cucumber seeds in a hole at least eight to ten inches deep, and then cover the plant with soil up to about four inches.

When it comes to growing cucumbers, the trick to having great-tasting cukes is to keep them well hydrated. This is especially true when the plant is flowering and producing crops. Lack of water will cause the cucumbers to turn out bitter.

Mulching your cucumber plants will help them to retain the moisture. A plastic sheet covering the ground will keep the soil moist. During the summer months, straw or organic mulch, such as grass, can be spread over the ground to prevent the roots from drying out.

Make sure to spend some time weeding through your cucumber crop. Insects such as cucumber beetles tend to thrive in weedy cucumber beds. A cucumber bed that is full of weeds is also susceptible to disease.

Harvest cucumbers in the middle of summer so they are about six inches long. They should be quite firm, but not too crunchy or hard to cut through. You can use a knife and slice them length-wise into quarters with each section being easy to remove from the skin.

There are many ways to enjoy cucumbers. We’ve compiled a list of our favorites, but feel free to experiment and find what you like best:

This is a VERY easy and VERY yummy recipe that you can whip up – to make great use of them!

Start with 7 cups sliced Cucumbers and 1 sliced Onion, placed inside your bowl. Mix together the following in a smaller bowl:

Pour it over the cukes & onions, then chill in fridge. Ready to eat after 24 hours! How much easier can that be??!!   They keep beautifully in the fridge! (If they last that long)

If you like Gardening Tips for Cucumbers, try these growing tips: